An interview with Chameleon Circuit, the founders of Time Lord Rock 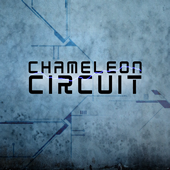 Love music? Love "Doctor Who?" Wish there was a way you could enjoy them both at the same time? Well, thanks to a band called Chameleon Circuit, now you can. In 2008, Alex Day coined the term Time Lord Rock or "trock" and a new genre of music dedicated to the adventures of the good Doctor was born. Alex and fellow trocker Charlie McDonnell joined up with Chris Beattie and Liam Dryden later that year to form Chameleon Circuit. Their first CD was released earlier this month.

Alex and Charlie were kind enough to do an e-mail interview with The Park Bench, sharing their thoughts on trock, Doctor Who and what it's like to have great fans:

For those who don’t know, could you explain what “trock” is and where the idea came from?

Alex: Trock stands for Time Lord Rock and it's what we call our music. We want lots of other bands to start up and do their own thing so we figured we should have an easy name for it, and we borrowed the idea from wizard rock, a community who sing about Harry Potter.

How did Chameleon Circuit come about?

Alex: Chameleon Circuit started in late July (2008) and was just me at first. I started writing a song called Goodbye Russell T which I never actually finished, but it got me excited about the possibilities. The first song I finished was An Awful Lot Of Running and by that point I'd recruited the other guys in the band both for their love of the show and their lovely songwriting stylings. :)

What is it about Doctor Who that inspired you to start writing songs about it?

Charlie: Alex was the one with the idea; really I have no idea why he decided that a sci-fi show would be a good thing to write music about. I know it's something that I'd never be able to think up, but once he told me about it, I was hooked on the idea, and the prospect of writing music with such a great friend was what really got me interested at the start. Now though, the fans inspire me to write the Who-music.

Alex: I think it has the right kind of fan base. The fandom really loves the show. Even someone who treasures the classic series will say that a lot of the old episodes sucked, but they still love them. I figured even if our music wasn't the best, we could still be appreciated for what we were doing.

What’s your favorite Who episode?

Alex: Mine is Midnight, because I love how vulnerable the Doctor is. He always champions humans and sticks up for them so he feels totally comfortable with them in that episode, but then they just turn on him and I love that.

Charlie: My favourite is Blink, which is the episode that I used for the first ever Trock song that I wrote. I love how simple, yet effective the whole thing is, and obviously I adore how much it freaks me out... every single time I watch it.
How would you describe Chameleon Circuit’s sound?
Alex: We wrote all the songs on acoustic guitar and ukulele, but once it was recorded it ended up sounding pretty electronic. We have one song called Type 40 which sounds like an 80's throwback with cheesy synths and digital voice effects, because it's written from the point of the view of the TARDIS and we wanted it to sound like the song of a machine. Most of the songs are guitar-based but even they have little beeps and boops thrown in. I feel like a lot of the show's life and character is carried in those little sounds.
How does a Chameleon Circuit song come together?

Alex: I use Wikipedia a lot for references and show quotes when I'm writing lyrics. Each of us are responsible for the songs we've written, so on the CD I sing and play all instruments on the songs I wrote, and we all wrote two or three songs each. When one of us has a song we'll record a quick demo and email it to the others, and aside from changing a line or two, we all usually love what we all write.
What’s your favorite track on the new CD?

Alex: Exterminate, Regenerate is probably among my favourite songs of all time, and I can say that without arrogance because I didn't write it! It's really lively but has a lovely breakdown in the middle, it's about one of the core themes of the show (the battle between Davros and the Doctor), and I just think it's great.

Charlie: Obviously I don't want to pick one of my own songs here (though I'm very proud of Exterminate, Regenerate) but I'd probably say Gallifreyan History 101. I love how much fun that song is to sing along to. Either that or Type 40.
It looks like you’ve got quite a fervent fan base and you’re racking up the four-star ratings over at iTunes. What are your fans like, and what’s it been like to get such an enthusiastic response to your music?

Alex: I saw a video on YouTube of a girl opening the CD on-camera; she started flicking through our lyrics booklet, stopped, and read our thank-you section for a good few seconds in silence before remembering she was filming. Stopping to read our thank-you section!? That's all a band could hope for! One of the things we hear the most about the music, actually, is from people who don't like Doctor Who or have never seen it but still love the album. That means a lot because then we know we're writing good songs generally, not just good songs for people who like this random British cult TV show.

Charlie: I've received a message saying that the thank you section of the booklet has brought them almost to tears. And I watched a video of an amazing guy who drew an incredible picture of the four of us, who said he loved how, even though what we were doing was risky and might not receive any praise at all, we did it anyway, we were passionate about it, and we ended up with something great as a result. Really, I couldn't ask for better fans - guys who really get the music and understand why we made it.
Has anyone involved with Who contacted you about your music?

Alex: Charlie and I did an interview for Benjamin Cook, who writes for Doctor Who Magazine, and that's gonna be printed in the next issue coming out at the end of June. That's the most official contact we've had, except when the BBC's YouTube channel favourited our video about Trock. That was the biggest indications we've had so far that they're not gonna sue us to hell, which is comforting.
What does the future hold for Chameleon Circuit?

Alex: I really don't know - at the moment we're riding the wave of euphoria following album release, and we're gonna play a show at the end of August, then after that ... who knows :D
And finally, in your expert opinion, who wins in a no-holds-barred drunken pub brawl – Eccleston, Tennant or Smith? Chair-throwing would be permitted.

Charlie: (It depends on if we're talking) about the actors, or the actual doctors. Because the doctors wouldn't want to fight each other, seeing as they're the same person and all that [Good point! -- Ed.] but I reckon Eccleston would win in the fight, purely because he's a tough Northerner.

Alex: Hahahaha. Legend question. I don't feel I can really comment on Matt Smith yet, but he and Tennant are too slim and pretty to put up a fight. Eccleston has his mean "I lost the Time War" anger and his big leather jacket -- he'll take 'em down. As a point of interest, my girlfriend disagrees - she thinks Tennant will be able to act goofy and dart around Eccleston and stuff. I can see that. He could pull out a water pistol and paint a tunnel on the wall like Road Runner. But since chair throwing's permitted I'm going with Eccleston.

If you'd like to learn more about Chameleon Circuit, hear samples of their songs or purchase their new CD, click here or visit their MySpace page. The guys also encourage you to buy the actual CD which they promise has terrific packaging as well extras not available in the download.
Posted by Liz at 1:23 PM

Oh this is awesome. I love these guys and glad to see they are getting some recognition. If anyone hasn't listened DO IT NOW you will be hooked!

Great interview! Love the album so much!

I love Chameleon Circuit, Exterminate Regenerate and Blink are awesome!

Cool to see this interview - I snagged the album a couple of weeks ago and have been enjoying it. My favorite songs are "Exterminate, Regenerate" and "K9's Lament". And much as I love David Tennant, in a bar fight, my money's on Christopher Eccleston. Hand down.

Blink is the best song I've heard in some time in any genre(pop, rock, trock, whatever)! It was my favorite well before I heard any of the others. I saw it on youtube and had to forward it to everyone I know.

I absolutely MUST check out this CD; thanks for bringing it to my attention!

As for who would win in a bar fight, my money's on Matt Smith, who is the youngest of the three actors and used to play football before he started acting. He may be a skinny bloke, but I reckon there's some serious muscle in there.

I wouldn't discount David Tennant, either. Some of the toughest, strongest people I've known have been scrawny and unassuming. He's also very limber and fast--never underestimate the importance of speed and maneuverability in a fight!

And judging from the torture scene in "Dalek," Eccleston isn't as big as the leather coat makes him look. I'd say he and DT and MS are all pretty equally matched.

I love this album. It's seriously amazing.
I don't like doctor who, but I still love it!
These guys are so taleneted and genuinly awsome =)
DFTBA <3